The Rise of DevOps

The technology stack and monolithic architecture of business applications and legacy systems have changed immensely since the late 90s. In recent years, distributed cloud architecture and Service Oriented Architecture models have risen in favor to support exponential growth. We are now seeing a shift in adoption towards DevOps and continuous deployment models. 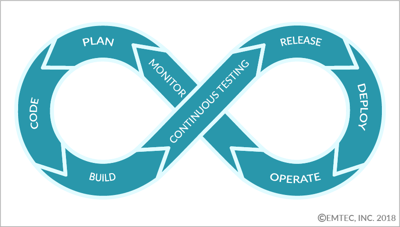 To reduce the risk associated with the vast volume of potential variables for error, an automated deployment tool which can be integrated with numerous build processes is vital.

In this blog post, we will focus on an automated application deployment tool called Octopus Deploy.

What is Octopus Deploy?

Octopus Deploy is an automated deployment tool which can integrate with most code build process for application deployment and configuration. This helps the DevOps team achieve maximum efficiency by removing the repeatable manual work and the frequent changes in application configuration while pushing an application from one environment to other.

Octopus Deploy is divided into two parts. First is the Octopus Server where the application or service to be deployed is added and configured. The second is Octopus Tentacles, which is installed on the set of machines where the applications configured on Octopus Server should be deployed. Both the Octopus server and tentacles are installed as a service. Octopus can be installed on various platforms including Windows, Mac and Linux. It can also be integrated with most version control tools including VSTS and GIT.

How to install Octopus?

Implementing Octopus is relatively simple for DevOps as it only requires a one-time set up and configuration of an application for deployment. Here are the steps that the DevOps team should take to install Octopus:

To complete the setup, Octopus has following application deployment steps:

Octopus is a toolset that can drastically streamline any DevOps process for Continuous Testing and deployment of numerous microservices or applications via cloud or virtual machines. It provides complete control during every step of the application development lifecycle, driving significant efficiencies during continuous deployment and minimizing manual intervention and human error.

It is a tool that should be considered when looking to increase the productivity for both the development and deployment processes as developers are empowered to drive deployments on numerous different environments without having to depend on DevOps.

For more information on Emtec’s continuous testing services or to speak to one of our testing experts, please contact us.

Abhishek has more than 4 years of experience in development of highly scalable and robust web and native mobile applications. He excels in developing enterprise applications based on Microsoft technologies.

Abhishek's core skill includes web, windows and mobile app development. Devoted to technology and innovation, Abhishek believes in carrying a positive attitude in whatever he does.

If you would like to connect with Abhishek: abhishek.chourasia@emtecinc.com 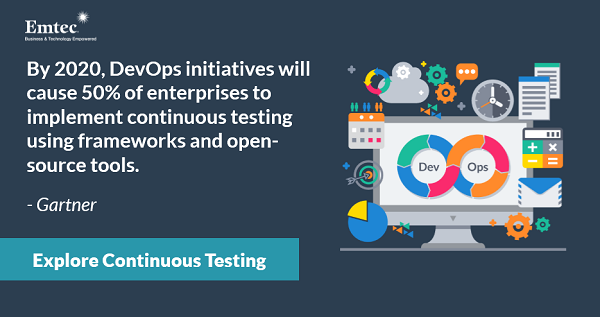