There is an episode of Seinfeld in which the female lead, Elaine, meets a new group of friends who are very similar to her longtime pals Jerry, George, and Kramer. They are similar except that the new group gathers in an apartment which is arranged in the opposite of Jerry’s, and whereas Elaine’s old friends are selfish, indifferent, even sometimes mean, the members of the new group are the opposite: they are caring, conscientious, and friendly.

In reference to the DC Comics character Bizarro, who is the opposite of Superman, Elaine begins to refer to her new friends as Bizarro Jerry, Bizarro Kramer, etc. At first, her new friends are a welcome relief from the annoying habits of her old friends, but soon, the subtle differences between Elaine’s friends and her Bizarro friends begins to irritate her, and she breaks things off with the Bizarro group.

If you are used to working with Oracle Hyperion Planning and have logged into Oracle’s Planning and Budgeting Cloud Services (PBCS), it may seem a bit like you have just discovered (at risk of going afoul of DC Comics’ copyright) Bizarro Planning.

The features and functions are very similar and broadly the same: forms, task lists, Calculation Manager, and so on, all look and act very similar to Planning. If you are using the standard interface, refreshing the database, managing dimensions, and running business rules are likewise almost the same as on premise Planning.

However, there are countless little details that begin to make PBCS seem like Bizarro Planning. Some of the differences require simply learning new navigation steps. The locations of some menu items have changed, some options are now different (for example, when refreshing the application), and using the Simplified Interface can test anyone’s patience.

Beyond the trivialities of learning a new interface layout (or a new interface), some of the details can be maddeningly frustrating and are central to making PBCS work properly.

Fortunately, Emtec has experience with helping our clients deal with the Bizarro Planning aspects of PBCS. In addition to understanding how the new security roles and setup works, how to migrate applications, and move data between different cloud service tools, Emtec has learned how to avoid many of the “gotchas” that attend migrating to PBCS from Hyperion Planning. And, unlike Seinfeld’s friend Elaine, we will not tell you to “Get OUT!” when the differences between Planning and PBCS become too irritating. Instead, we will be there to guide through a successful migration.

Please feel free to contact us for more information. 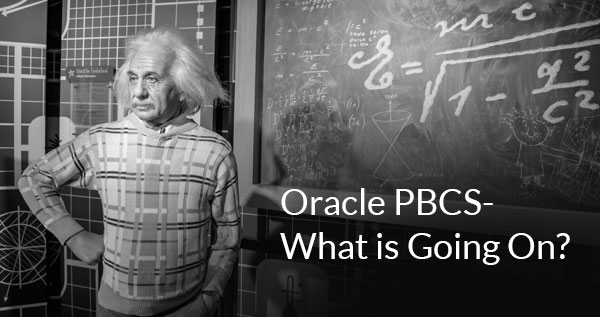 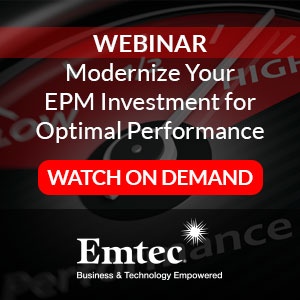