Progressive Web Apps are here - What does this mean for your Enterprise Mobile App strategy? 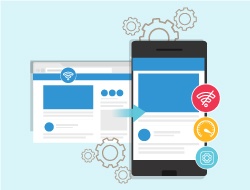 Progressive Web Apps (PWA) are standard responsive web apps developed using HTML, CSS, and JS that combine the best of web and mobile. PWAs bring a highly engaging app-like user experience with offline capabilities which are discoverable, indexable, secure by nature and deliver app like interactions. As seen below, Progressive Web Apps adopt the best features of Web, cross-platform and native platforms and best of all, they don’t have to go through a vendor app store. These apps can be added to user’s desktops or homepage by adding a simple app manifest file to the web app and it keeps the apps fresh without incurring additional downloads.

Tinder, utilizing Progressive Web Apps, was able to cut down their overall page load time from 11.91 seconds to 4.69 sec* and their PWA-based App is 90% smaller than the native app.

Read Are Progressive Web Apps relevant to your business?, if you would like to understand how PWA’s can be utilized effectively. 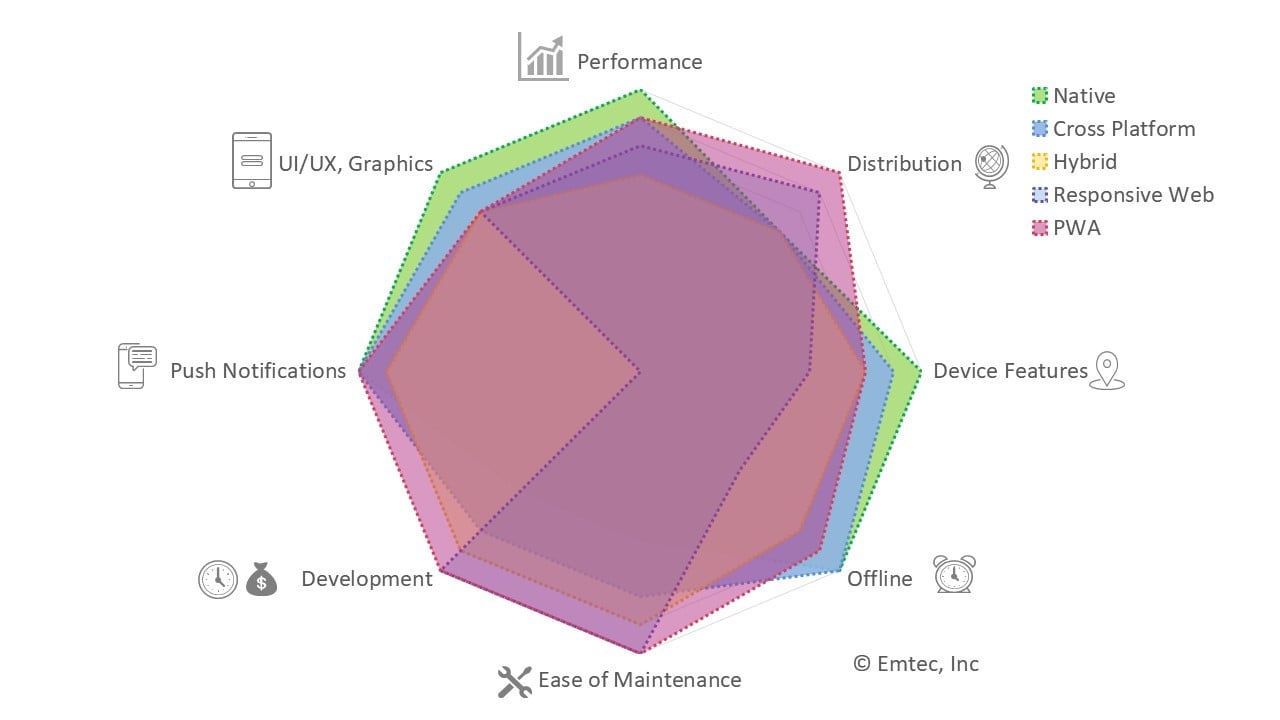 Benefits of PWAs over Web and Mobile Apps

According to Mr. Adrian Leow, principal research analyst at Gartner, "It's encouraging to see significant growth in the number of mobile apps that are planned, but most of this growth is in mobile web apps as opposed to native or hybrid mobile apps." Most business processes don’t necessarily require a native app, however, they need to be available on at least one key digital platform where their audience is to remain competitive. This can be attained by using one code base to target all devices (desktop, tablets & mobile) and progressively add new features as needed to keep the apps fresh.

Progressive web apps have all the features required for most business apps and is poised to become mainstream. It’s an opportunity to enhance the user experience, providing a mobile app type of engagement without really installing a mobile app. For instance, with a new PWA introduced in 2017, MakeMyTrip increased their conversion rate by 3X*.

Duplicating features in a mobile app that already exists in the existing web application typically results in duplicate code bases to support multiple platforms. This also requires a different set of resources to support and maintain them. Since PWAs use the same code base as web apps, converting web apps to PWAs can have minimal impact on implementation cost, quality assurance, and maintenance costs when compared to mobile app development.

To support multiple device formats (i.e. phones vs tablets), mobile apps need to implement device type specific code whereas PWA which are an extension to responsive web apps are, will automatically adapt to the form factor where they are displayed.

Flipkart, a large E-commerce site, is one of the early adopters of PWA. They abandoned their web & native applications in lieu of PWAs and saw a 3x savings* on data usage and 3x more time spent on their website.

2017 saw a positive result for enterprise mobility, but we also saw a decline in the number of downloads for apps not used on a daily basis. ComScore’s 2017 mobile report* shows that only 49% of users download 1 or more apps per month and 51% of users don’t install any apps. Though this is not a concern for enterprise apps where the deployment is driven from top down, it does show an overall trend that users are reluctant to download apps due to constraints like bandwidth and space. 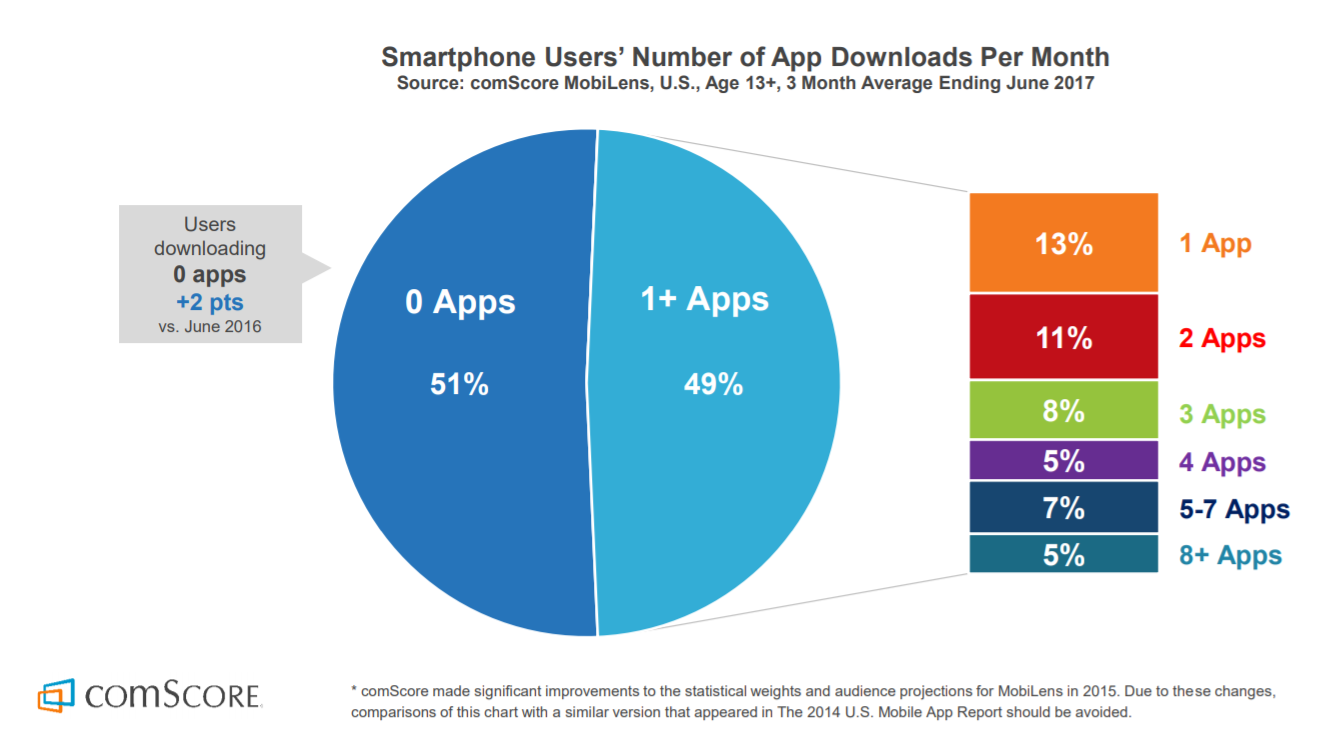 This shift emphasizes the importance of having a solid strategy for your PWA initiative. If your app provides both a quality user experience and real value, users will be inclined to download and frequently use it, continuing to allocate the precious space and bandwidth required.

Google proposed PWAs in 2015 and spearheaded the development and integration into their Android platform. Chrome and others quickly followed.

PWAs were first introduced as tabs in Chrome and progressively became more app-like as users began to access them more and more. Chrome & Android fully embraced this platform and pushed other vendors to adopt the same. Google also announced WebAPK*, which allows users to package PWA apps and make them available through the Google Play Store so they are easily discoverable. Google is also working on Desktop support for PWA apps in the latest experimental Chrome Canary* build, which allows users to install the PWA and deeply integrate it into the Windows start menu.

Apple’s recent entrance to the PWA game occurred when they began implementing PWA features into its WebKit* platform starting in version 11.1 with basic features. ‘Service Workers’* is also now implemented as part of the recent 11.3 release. Certain features like offline browsing and push notifications are still under consideration. However, these limitations don’t prevent users from implementing PWAs for iOS. As PWAs are progressive in nature, additional features can be implemented later.

Progressive web apps give organizations the flexibility to deploy web apps as mobile apps with minimal overhead. They have a shorter development cycle compared to native apps resulting in faster delivery and quicker time to market. Features can be progressively enhanced over time based on the market and/or customer feedback.

In terms of engagement- PWAs can help drive marketing strategies based on specific customer behavior and help support dynamic campaigns that not only focus on conversion, but also re-engagement of your visitors. Trivago a leading travel booking site from Europe saw 150% increase in engagement* by users who add the app to home screen.

These progressive features have proven their worth to numerous organizations with a tangible ROI. Additionally, they don’t take much time to set up on user’s devices. A single click from the browser does the trick. Unlike native apps, PWAs will work on multiple devices unconditionally while offering the same level of services.

Now is the time to take a look at progressive web apps to extend your web applications to “anywhere, anytime, on any device.”

As mobile usage explodes, CXOs who are looking to adopt mobile initiatives should think about including PWAs as a part of their enterprise mobility strategy. Progressive web apps are a viable option for organizations who want to reach mobile users but don’t have a large budget to invest in an app. Have questions about how PWAs? Drop us a line in the comments section.

Sreeni is an accomplished technical resource with more than 20 years of experience in developing enterprise applications using Microsoft technologies and leading complex software development projects through all phases of the development life cycle from concept to successful completion and implementation.

If you would like to connect with Sreeni: Sreenivas.V@emtecinc.com 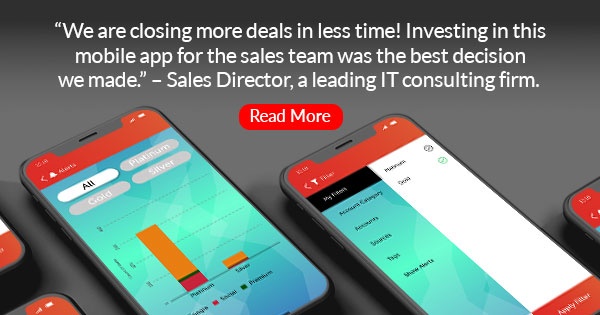