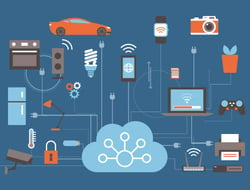 IoT, coupled with other digital technologies like mobility, intelligent automation, cloud is revolutionizing the way businesses function. The term Internet of Things (IoT) seems complex at first, but it has existed for quite a long time as another quite familiar concept.

The first IoT system was deployed as early as 1982 in the form of a modified Coca Cola machine at Carnegie Mellon University. It was able to report its inventory to the server along with the temperature of newly loaded drinks. Such was the humble beginnings of IoT.

It didn’t gain much popularity however until the very end of 2013. As the Google trend graphic indicates, the term IoT has been quite a buzz word in past 4 years. With a CAGR (Compound Annual Growth Rate) of 13.6%, IoT industry is expected to reach 1.2 Trillion annual spending in next 4 years, which shows the speed at which businesses are adopting IoT.

What is IoT and why does it matter?

IoT is not a device or family of devices, a piece of software, or a proprietary digital transformation product. In simple words, it’s a concept. It is a “digital eco-system with internet connected hardware”. One may question that this sounds quite a lot like the internet itself. My computer is the device and it connects to the internet! Well.. It is! Everything that can connect to internet and share useful data, encompasses IoT in a very broad way. But it isn’t limited to just computers. Here “hardware” can refer to something as tiny as a pressure sensor in car tires or as big as a giant turbine’s rotor.

As the number of connected devices increases, any system must scale itself to meet the exponential demand. Consider a real-world example of WhatsApp. More than 19Bn of incoming & 40Bn outgoing text messages are processed each day. 600Mn pics, 200Mn voice, 100Mn videos per day and growing with 147Mn peak concurrent connections. All of these are handled gracefully by ~ 550 servers (~150 chat + ~250 multimedia servers). The same system could scale itself to handle 2 Billion pics and 360Mn videos in few hours on Christmas eve. The important aspect to note here is that this requires continuous connectivity to the internet. When WhatsApp faced their famous outage on Feb 23, 2014, it was not due to heavy load. The outage was caused by an internet connect /disconnect issue. Internet connectivity is obviously necessary for IoT as well, but IoT devices also include built-in intelligence to hold and process information in case connectivity is temporarily disconnected. Data is then pushed to the server when connectivity is re-established. Intermittent connectivity is interwoven with IoT as it’s simply not possible to ensure continued connection to all IoT devices.

Imagine a scenario where you set a wake-up alarm on your internet enabled clock for 5am. The early alarm will help you get ready and attend a 7am meeting in the office. Suddenly, the meeting gets postponed to 9am. Your IoT alarm clock syncs with your calendar automatically and you wake up instead at 7am as usual. That would be helpful wouldn’t it? This scenario involves intelligent automation, cognitive services and more. Here, the internet is just a medium to carry data / information, the processing and associated decision making / actions are performed through IoT devices.

Everything that connects to the internet has a potential role in IoT! This includes common objects like refrigerators, TVs, cameras, temperature sensors, power switches, lights, motion sensors, computers, smart phones, fitness trackers, air conditioners and so much more. The possibilities are endless!

More than 23 billion IoT devices (as of 2018) are currently continuously communicating through poor internet connections. Identifying each device in the IoT ocean, connecting to it securely, updating firmware and apps on the go and finally managing them seamlessly – is like managing WhatsApp’s Christmas load every day!

Many of us are familiar with details of http(s) protocol, which is now a synonym of internet communication. While it is best suitable for the world wide web, it carries an overhead in IoT’s context. IoT devices mostly operate on MQTT and XMPP (for IoT). These lightweight protocols help the routine transport of telemetry data to the IoT hub (the centralized monitoring point for the IoT solution). IoT may also have a client side layer of an intermediate gateway, instead of directly connecting to the IoT hub. Most of the ZigBee and BLE (Bluetooth Low Energy) devices need this client side IoT gateway as they lack wi-fi connectivity.

Once devices are connected to the backend, we can process data, perform analytics and improve business decisions. To understand the key technologies typically involved in processing, analyzing and visualization of real-time IoT data, let’s take an interesting example of how IoT can be deployed in a coal mine – via the video below.

Typically, the coal mines are located in different geo-locations. The working conditions inside the mines must be monitored at all times for worker safety. Values of different parameters such as temperature, humidity and the geo-location of the mine have to be recorded and transmitted to a central server every few seconds, which is done using MQTT protocol. This data is then processed using Spark Streaming, uploaded to Elasticsearch and then visualized using Kibana.

A typical IoT system consists of the following:

Implementing IoT in any scenario calls for scalability, a variety of communication modes and the ability to handle intermittent internet connectivity, which may not be efficiently addressed by commonly used cloud and communication services.

How are these challenges handled and addressed by an IoT system? We will dive into this topic in the next post of our IoT blog series. We will also compare existing IoT solution providers from Amazon web services, IBM Watson to Microsoft’s Azure IoT hub. For small, enterprise systems, we will also cover custom solutions.

Have questions? Contact us or post in the comments section. We would love to hear from you. 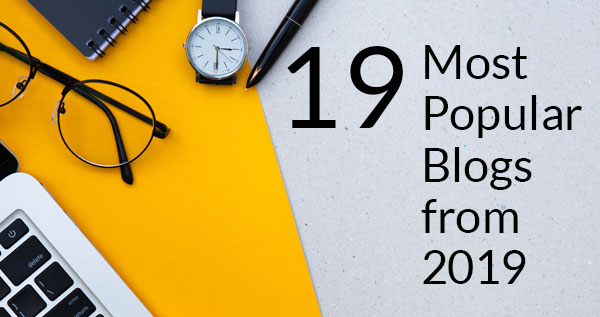 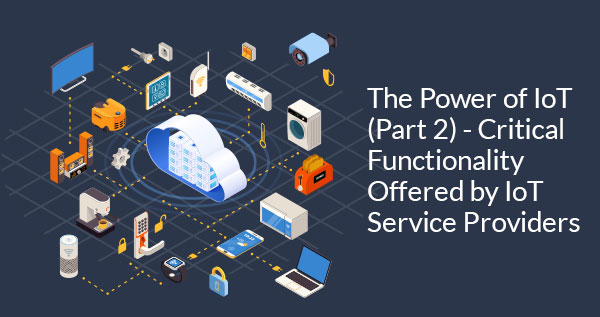